On 23 May 2019 in Warsaw there was an official gala of the first edition of “Polish Railway Awards” contest. The goal of the contest is to promote achievements in the railway industry as well as to recognize people and institutions whose actions have greatly contributed to the development of the railway industry. Zbigniew Konieczek, President of NEWAG S.A, won the contest in the “Business” category. The contest Jury appreciated the achievements and excellent track record of his activities on the railway market.

“I accept this award as a recognition for the whole company, for its 1600 employees. These people, with their everyday effort and hard work, together with the management have been developing our products and have made them highly appreciated,” Zbigniew Konieczek, President of NEWAG S.A.

The contest was organised upon the initiative of Ignacy Góra, President of Urząd Transportu Kolejowego [The Office of Rail Transport]  together with Polskie Koleje Państwowe [Polish State Railway], PKP Polskie Linie Kolejowe [Polish Cableways], Chamber of Commerce of Land Transport and Railway Business Forum – the association of employers. The Minister of Infrastructure is the patron of this event. The awards have been granted in four categories: Business, Innovations, Institution and Safety.

“Polish railway industry is growing very nicely. We are transporting more and more passengers and cargo. The Polish railway system is getting more innovative and modern. This can be contributed to the people and institutions who operate on the railway market and I think that we do not do enough to talk about it and to promote organizational and technical solutions which are implemented in the railway system,” said Ignacy Góra, President of The Office of Rail Transport. “ The main aim of these awards is to thank these people involved in the railway system who are responsible for its growth and innovations,” he added.

It is worth adding that the main criterion for the Jury was outstanding achievements in  the development of railway industry. Thus, they nominate persons who have successfully implemented new technologies and contributed to the improvement of safety in rail transport. 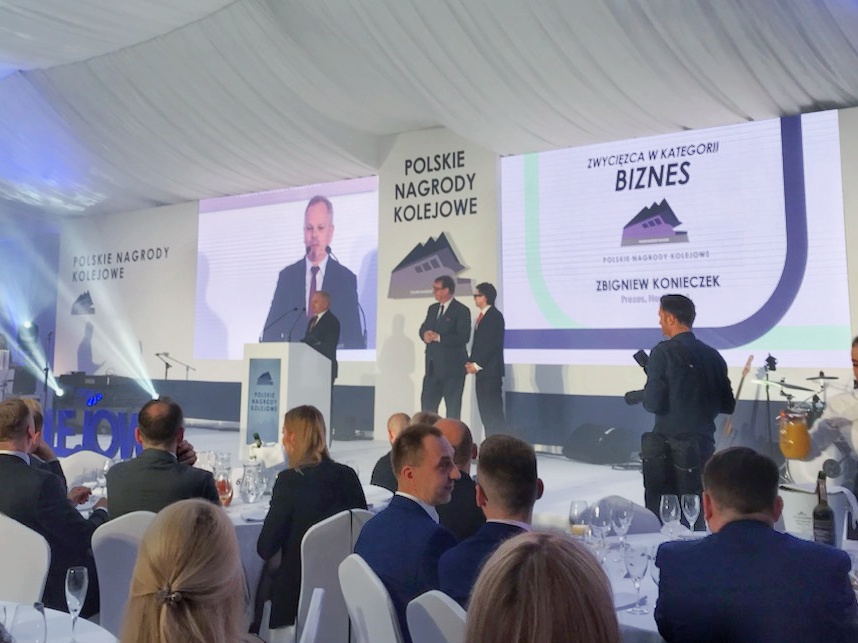