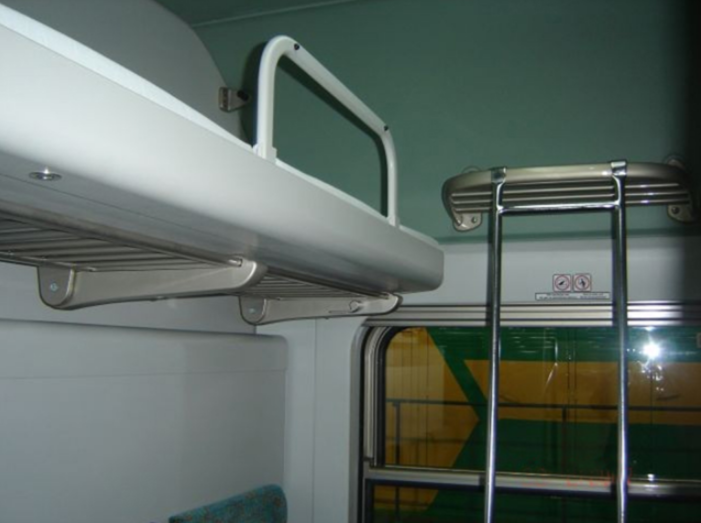 The 134A cars are modern types of cars with berths, designed to replace worn and technically outdated 110A couchette cars.

The first two cars of this type (designated 134Aa) were built in 1988. They were equipped with two-axle 4ANc bogies produced in Poland with block brakes. The entrance door in the 134Aa car was designed as a classic folding door. In 1991-1994, twelve more cars were produced in a slightly improved, 134Ab version, featuring much more modern MD523 bogies fitted with disc brakes and an electronic anti-skid system. In addition, plug-sliding doors were installed which opened automatically upon pressing an adjacent button, which was much more convenient for passengers.

The doors were fitted with locks which could not be opened while the train was in motion as well as with the central locking system for all the doors on the train operated by the conductor team. In 1998, we modernized all 134Ab cars by installing a magnetic brake on them.

In 2007, ten 134Ab Mg couchette cars underwent an overhaul and modernisation at NEWAG S.A. The passenger compartment interior was transformed due to the installation of modern berths, which can be folded in daytime to function as individual 2nd class passenger seats, and by panelling compartment walls with modern polyester-glass modules. A new air-cooling system for summer periods was installed, which is controlled by the same panel that controls the blow-heating system. Thanks to the modern multiple voltage static converter of enhanced power, fitted in the staff compartment, additional electric appliances may be powered. The interior of the staff compartment was also modernised with additional equipment being installed and side walls panelled.

During TRAKO 2011 International Railway Fair, the 134Ac car – the  latest modernised version of the couchette car, was presented.  This version features bogies with two-stage spring suspension and its nominal speed is 200 km/h.

One of the first two 134Aa passenger cars featuring the folded door and 4ANc bogies was modernised. Within the scope of the overhaul and moder­ni­sation works already performed on the first ten cars which had been overhauled, new sets of plug-sliding side doors were installed and the car chassis was adjusted for fitting pneumatic suspension and the new type of bogie. The 70RSTb bogie, manufactured by NEWAG S.A., has pneumatic suspension and a nominal speed of 200 km/h.

Having passed successfully tests and trials required for certification, the car received a fixed deadline type approval certificate. Currently, the observed exploitation process is being conducted at PKP-Intercity. 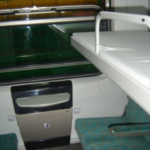 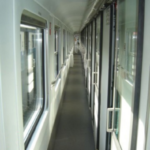 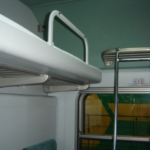