On November 26, 2020, at the headquarters of NEWAG S.A. in Nowy Sącz, in the presence of the Minister of Infrastructure Andrzej Adamczyk, the operation of the modern test track was presented, which was created as part of the latest investments of the Nowy Sącz rolling stock manufacturer.

“Polish train manufacturers are developing thanks to Polish public investment, among other. Poles use the products of the Nowy Sącz company NEWAG  in different regions of the country. Today we can observe the effects of investing in the innovation of this company. I congratulate everyone who has contributed to this success,” said Andrzej Adamczyk, the Minister of Infrastructure.

The officially presented test track is the first of its kind in Poland. Thanks to its particular  specifications, the track infrastructure allows for testing of rail vehicles designed for various power systems, including: 3kV DC, 15kV 16 2/3 Hz AC and 25kV 50Hz AC. The test track  consists of 245 meters of utility tracks and the transformer station needed to change the voltage.

Trains using the above mentioned voltages can travel in Germany, Austria, the Czech Republic and Slovakia, among other. The latest investment is the result of long-term development plans for the company. It enables the testing of multi-system vehicles, which opens the door to new market segments and offers opportunities for foreign expansion.

“I would like to thank the President of NEWAG for a very good product. We have already received seven vehicles with an access module and I must say that their quality is very good, in accordance with all the requirements of the market. The next stage of the implementation of this contract will be the supply of multi-system locomotives, which are very important for us in the expansion into foreign markets,” said Czesław Warsewicz, President of PKP Cargo.

“The locomotives for PKP Cargo presented today can travel using 3kV and 25kV voltage. This is extremely important for PKP Cargo, because when crossing the Polish-Czech border, or on the way back, it is necessary to change the locomotive. The second locomotive is GRIFFIN for PKP Intercity, one of the last ones supplied under the contract for 30 such vehicles. The last loco we can see here is the product that we built in 2010, it is a locomotive equipped with three systems, 3kV, 25kV and 15kV 16 2/3 Hz,”  said  Zbigniew Konieczek, President of NEWAG S.A.

During the conference, guests had the opportunity to view the passage of a multi-system locomotive on the newly-built test track and were able to admire GRIFFIN electric locomotives for PKP Intercity and DRAGON 2 for PKP Cargo.

GRIFFIN is a versatile loco that allows the transport of freight and passengers. DRAGON 2 is an electric locomotive designed for pulling heavy freight trains, characterized by high tractive force. 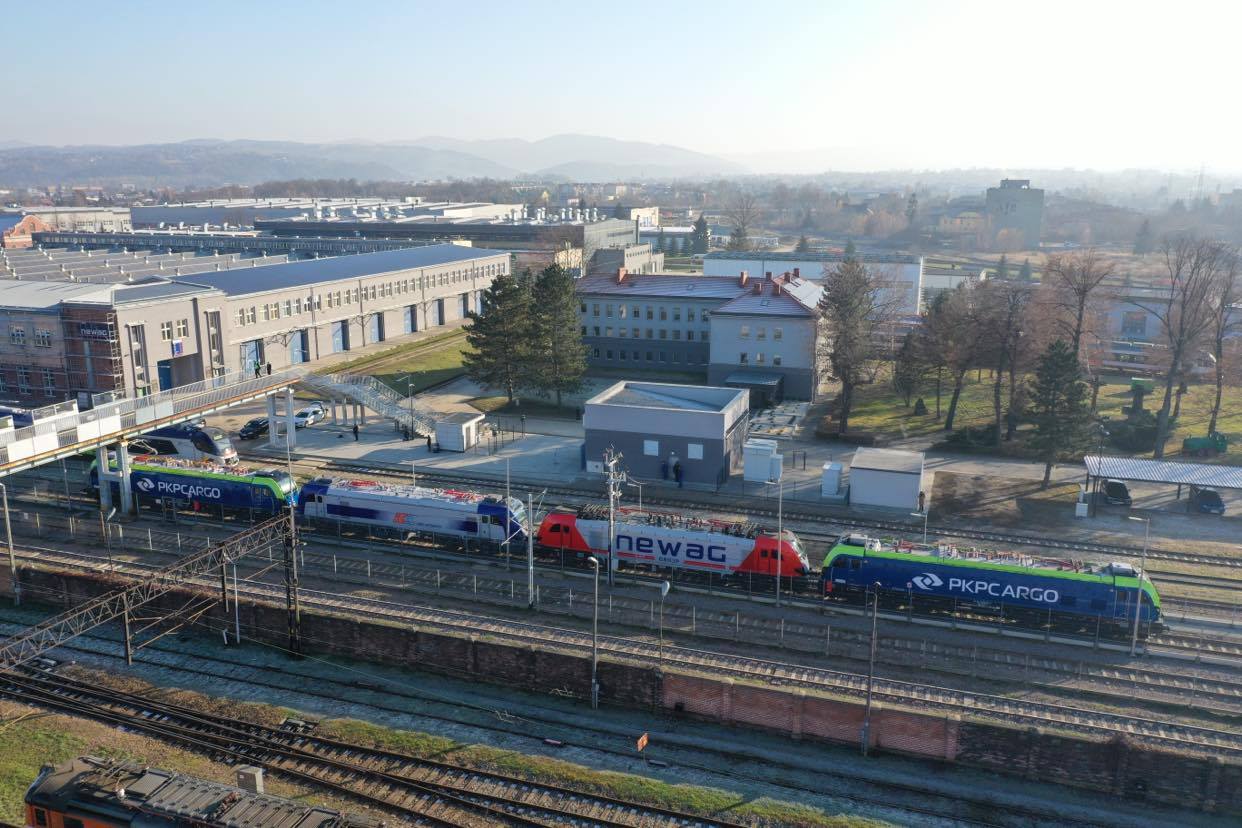 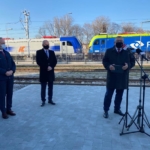 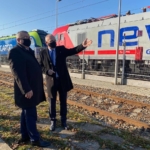 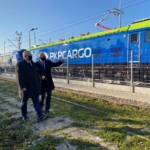 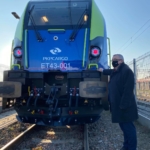