Today  the new IMPULS 31WE manufactured for Świętokrzyskie Province was officially handed over at the Main Railway Station in Kielce. This EMU will be transporting passengers on the regional railway routes.

To recapitulate, on 7 March, 2018, NEWAG S.A. signed a contract with the Marshal Office of Świętokrzyskie Province for supply of two brand new electric multiple units (EMUs). The gross contract value is PLN 44 378 400.00.

The IMPULS EMUs differ from the other rail vehicles owned by the local authorities in Świętokrzyskie Province in increased capacity. These four-unit vehicles can transport approx. 400 passengers, including 200 passengers on seats. The new EMUs, just like the other ones in the Świętokrzyskie fleet, will be equipped with several solutions facilitating travelling such as lifts for the disabled, electric sockets at each seat, wi-fi, air-conditioning, ticket dispensers, space for transporting bicycles and big luggage and the passenger information system. The novelties include inductive hearing loops which will enable hard-of-hearing passengers to receive clear and distinct sound through the telecoil which is found in almost all hearing aids, as well as with defibrillators i.e., portable equipment to restore normal heart rhythm of in a passenger suffering from a cardiac arrest.

The train delivered today is the first of the two which will enlarge the rolling stock of Świętokrzyskie Province which already has six three-unit IMPULS trains.

The other EMU is scheduled on 25 February 2019 but the manufacturer, NEWAG S.A., guarantees that it will be delivered by the end of this year. According to the contract, the deadline for delivery of the first EMU was 25 October 2018, which proves that the Supplier has met the production schedule before the deadline and it may guarantee an earlier delivery of the next EMU. 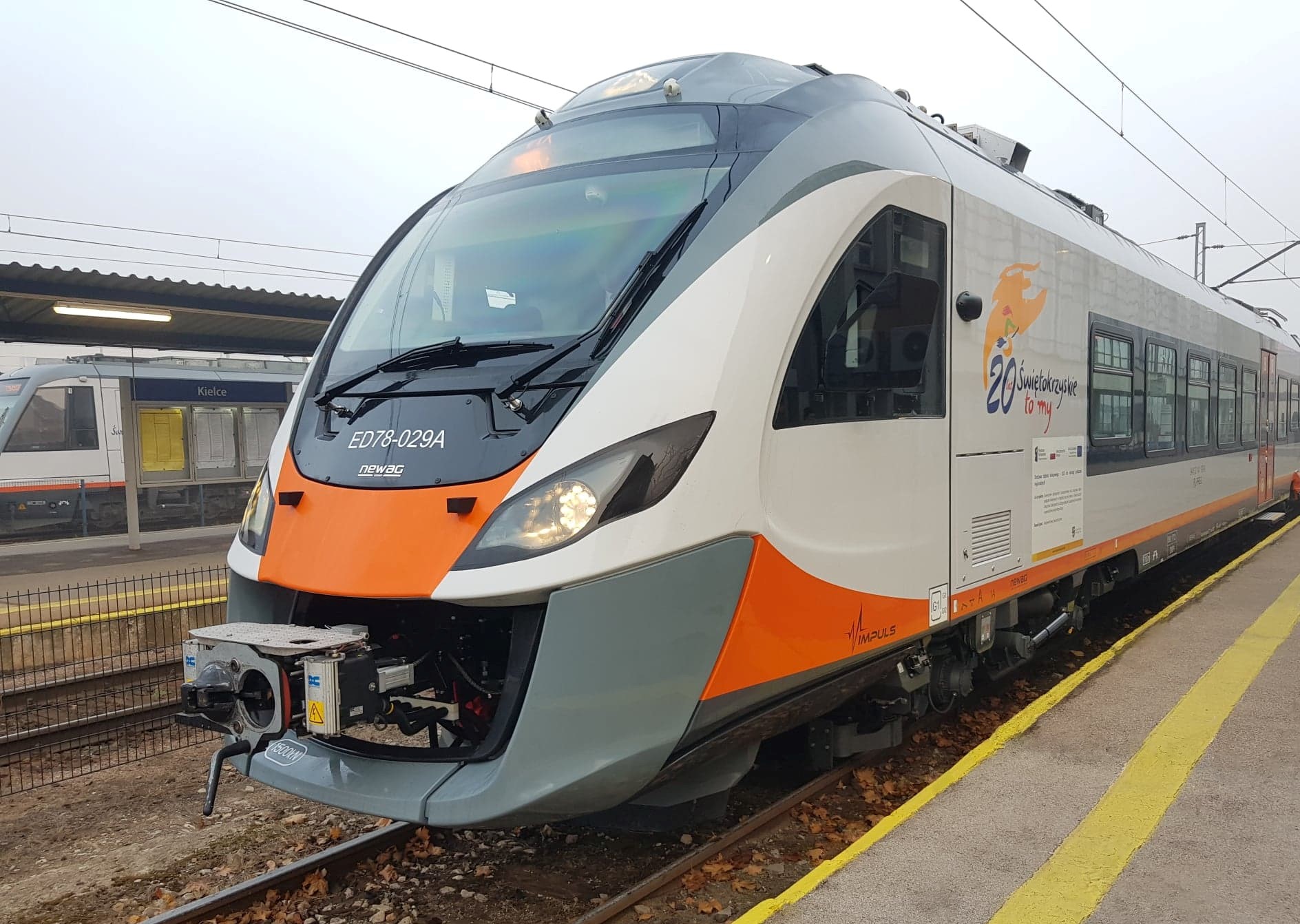