Today, a contract was signed between NEWAG SA and Koleje Dolnosląskie [Lower Silesian Railway Company] for the purchase of modern Hybrid vehicles. Dolnośląskie Province is the second province in Poland which has decided to buy innovative trains of 36Weh type.

With the conclusion of the contract, the contracting authority expressed its wish to exercise the right of option by ordering four additional Hybrid vehicles, which means that a total of six vehicles will leave for Lower Silesia, consisting of two multiple units under the original contract and additional four within the option used.  The buyer may still exercise the right to order two more trains.

“I would like to congratulate Dolnośląskie Province on their purchase of the modern hybrid vehicles. This decision shows that Koleje Dolnośląskie have followed the path they once chose and ensure that their fleet always consists of the most cutting-edge trains available on the market. Our hybrid trains have been designed based on NEWAG’s innovative approach to the optimization of the offer sought by carriers, meeting their expectations in terms of rolling stock which is both economical and ecological to operate. This is achieved by the electric and diesel engines mounted on them, thanks to which our trains will be able to operate on any type of routes. They will certainly build a competitive advantage of Koleje Dolnośląskie and passengers will be choosing this train operator even more willingly.  Currently, the NEWAG family at Koleje Dolnośląskie consists of 27  IMPULS EMUs. Soon they will be joined by six hybrid multiple units based on the excellent IMPULS 2 design and I am convinced that they will be used for many years due to their high reliability, which our company is famous for,” said Zbigniew Konieczek President of NEWAG S.A.

The innovative hybrid IMPULS 2 type 36WEh multiple unit is the first Polish rail vehicle which, apart from an electric drive, also has diesel drive, which allows it to travel on non-electrified railway routes. Combining innovative technologies in the new IMPULS has resulted in a much wider functionality and the range of the vehicle applications for train operators while also dramatically increasing comfort of travelling for passengers.

The value of the contract for the supply of six vehicles is PLN 137.4 million net, while after ordering additional two vehicles, the contract value will increase to PLN 183.3 million net. 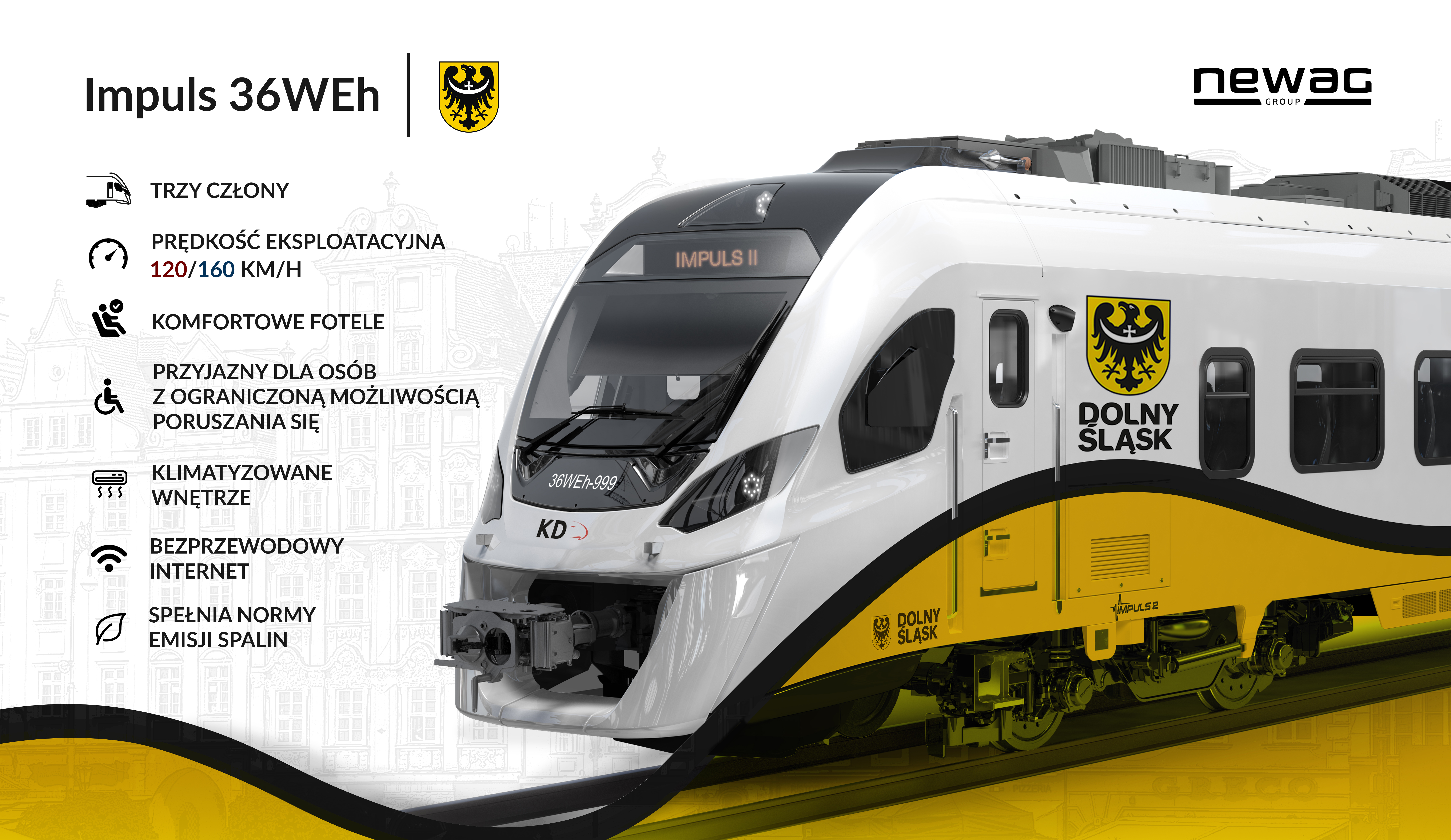