Another IMPULSES to travel on Małopolska railway routes

On Friday, June 26, Witold Kozłowski – Marshal of the Małopolska Province and Łukasz Smółka – Deputy Marshal of the Małopolska Province signed a contract with NEWAG S.A. for the purchase of seven new four-unit IMPULS 2 trains. The subject of the contract is also  comprehensive service and maintenance and repair service of the vehicles for a period of five years.  The new rolling stock will serve the agglomeration routes operated by two carriers: Koleje Małopolskie Sp. z o. o. and POLREGIO Sp. z o. o. The contract value exceeds PLN 242 MIL (including an option right to order two additional EMUs and spare parts). The investment is co-financed by the European Regional Development Fund.

Under the contract, the Contractor must also provide a software license and technical documentation, operator training and a guarantee.  The first two trains are to be delivered within 16 months of the conclusion of the contract, while the last vehicle is to be accepted within 22 months.

The IMPULS 2 Electric Multiple Unit is distinguished by its functionality and the use of advanced design solutions. When designing the train, the designers paid special attention to safety. The driver’s cab has been totally subjected to work ergonomics. A specially designed desktop extended around the driver’s seat allows the train driver to see objects in close proximity to the front of the train.

The new fleet of EMUs will be adapted to the needs of all groups of passengers, including persons with reduced mobility, but also families, children, pregnant women, seniors, people with heavy luggage, as well as foreigners. Trains will be equipped with a ramp and automatic lifts for boarding and deboarding of persons with reduced mobility, and they will be suitable for the carriage of bicycles. All the solutions implemented meet the required standards and allow IMPULS 2 to take a full advantage of track and network infrastructure while taking care of the environment and maintaining the comfort and safety of passengers.

” The purchase of the new trains will make it possible to supplement the current fleet of rail vehicles, which will increase the comfort of travel and enable the development of the transport offer for new connections, as well as ensure a safe reserve of rolling stock for the duration of repairs. We put a great emphasis on increasing the importance of rail transport in public transport and we are very pleased that more and more passengers are using our trains,” emphasized Marshal Witold Kozłowski.

Firstly, the newly purchased rolling stock will be directed to provide transport services on the following routes:

Furthermore, in order to make optimum use of the new rolling stock, it might be used on other SKA routes in the area of urban/urban agglomerations and beyond, i.e. SKA1: Wieliczka Main Square – The Salt Mine – Kraków Main Railway Station – Kraków Airport, as well as on routes that may be open in the future, as a development of the offer of SKA trains and complementary routes to SKA, in particular to Chrzanów, Oświęcim  Wadowice or Zakopane.

“Currently, the province has 29 Electric Multiple Units designed to operate agglomeration connections on SKA –[high-speed agglomeration rail] routes and to operate local connections e.g. Kraków – Nowy Sącz. P&R car parks at railway stations are also being built to make it easier for train passengers to change freely from car to train. We create the conditions for the efficient, friendly, ecological and integrated urban transport systems in the region,”  added Deputy Marshal Łukasz Smółka.

“Ladies and gentlemen, we have already delivered 19 vehicles for the Małopolska Region. It is worth noting here that the hundredth IMPULS produced in 2017 in Nowy Sącz was supplied to Koleje Małopolskie and there is a good chance that the bicentennial IMPULS will also be handed over to the same entity next year.

IMPULS vehicles are already well known to everyone. These are reliable rail vehicles, produced in Małopolska and designed by engineers who were mostly educated also in Małopolska,” said Zbigniew Konieczek, Chairman of the Board of Newag S.A.

The new trains will travel on Małopolska railroads in 2022. The project is co-financed by the Regional Operational Programme of the Małopolska Region for the period 2014-2020. 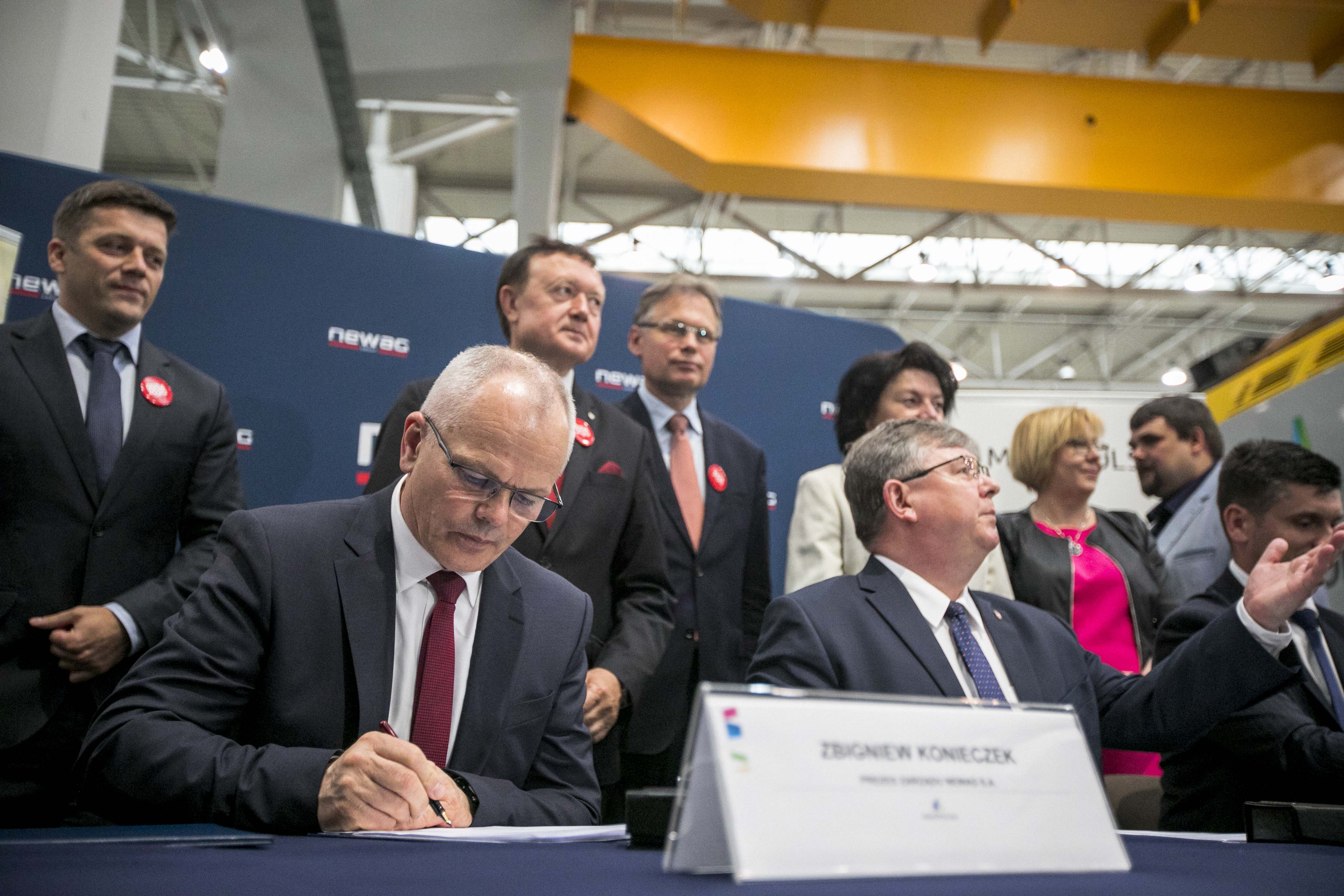 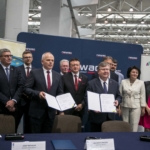 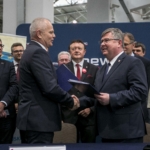