8 GRIFFIN locomotives approved for use

Today, another GRIFFIN electric locomotives with the designation EU160 002 – 008 manufactured by NEWAG S.A. have been granted an authorisation for placing in service issued by the President of the Office of Rail Transport.

The locomotives ordered by PKP Intercity are ready to undergo final acceptance procedures and then to transport passengers on Polish railway routes.

GRIFFIN electric locomotives are four-axle vehicles capable of developing speeds of up to 160km/h. These locos have a high standard of safety, comfortable interior ensuring driver’s comfort and high tractive force. Their modular design enables adapting them to the specific needs of individual carriers. 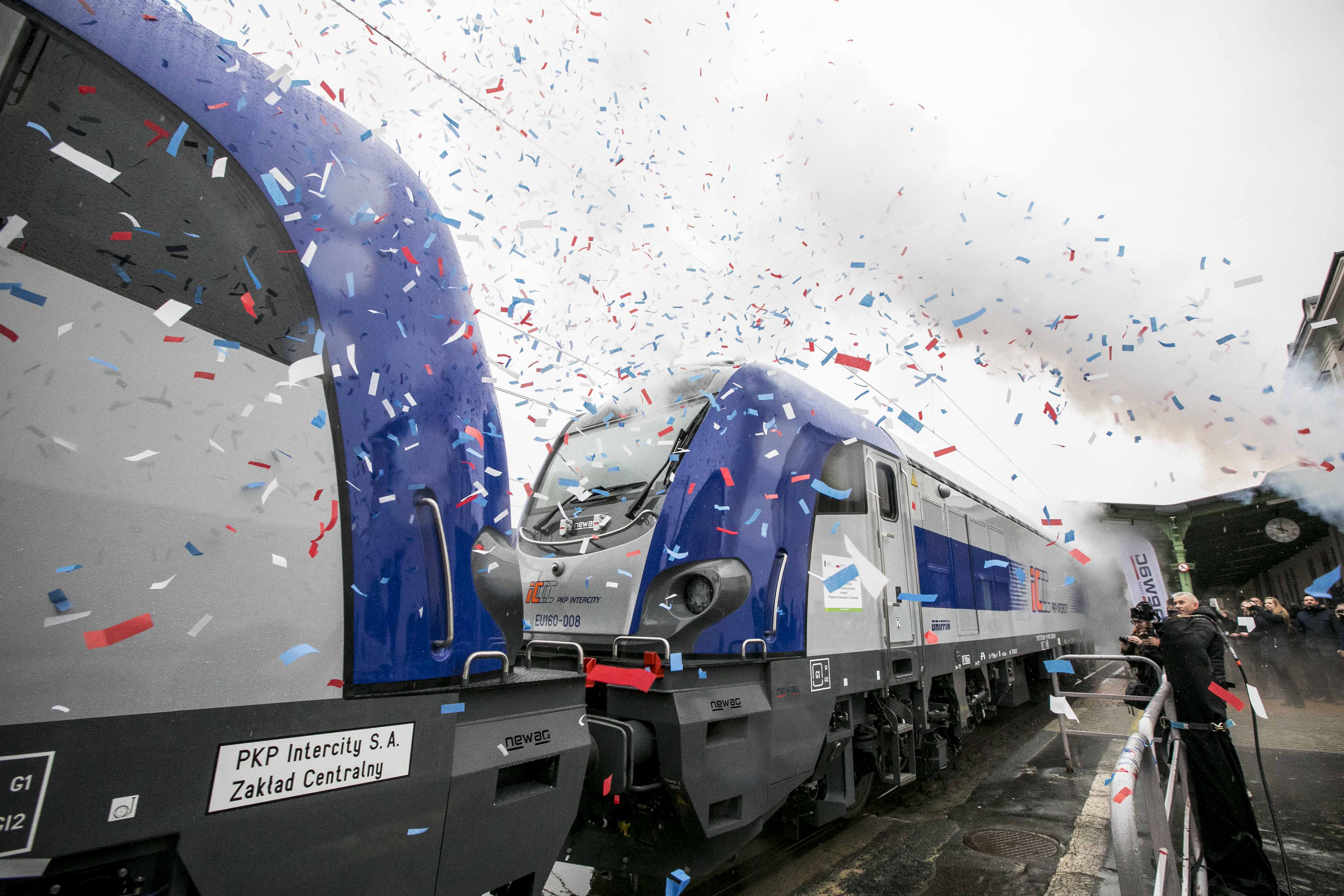