Another IMPULS EMUs Ordered for Italy

FERROVIE DEL SUD EST E SERVIZI AUTOMOBILISTICI s.r.l. with registered seat in Bari in Italy announced that it would order additional six EMUs under the framework agreement signed with NEWAG S.A. on 10 December 2015.

The ordered trains will be delivered within 18 months since signing an executive contract. The detailed terms of delivery including deadlines for manufacturing the EMUs will be set forth in the executive contract to be signed by 28 February 2019.

IMPULS II Electric Multiple Units manufactured by NEWAG S.A. for the Italian train operator from Bari will be the first electric multiple units in Western Europe manufactured by a Polish rail vehicle producer.

IMPULS II EMU draws from the first series of IMPULS family EMUs and it was created based on the experience NEWAG SA gained during their production and with the insights offered by rail operators and passengers. The IMPULS II vehicle structure is compliant with PII according to EN12663 standard, it has the C1 crashworthiness design category (according to EN 15227) in all four collision scenarios. Its designers paid particular attention to safety and travelling comfort. The passenger area is equipped with the passenger information system, a GPS monitoring system, comfortable seats and luggage racks. Additionally, the EMU has electric sockets, bicycle racks, a baby changing station and lifts for the disabled. The EMU will travel with an operational speed of 160 km/h. 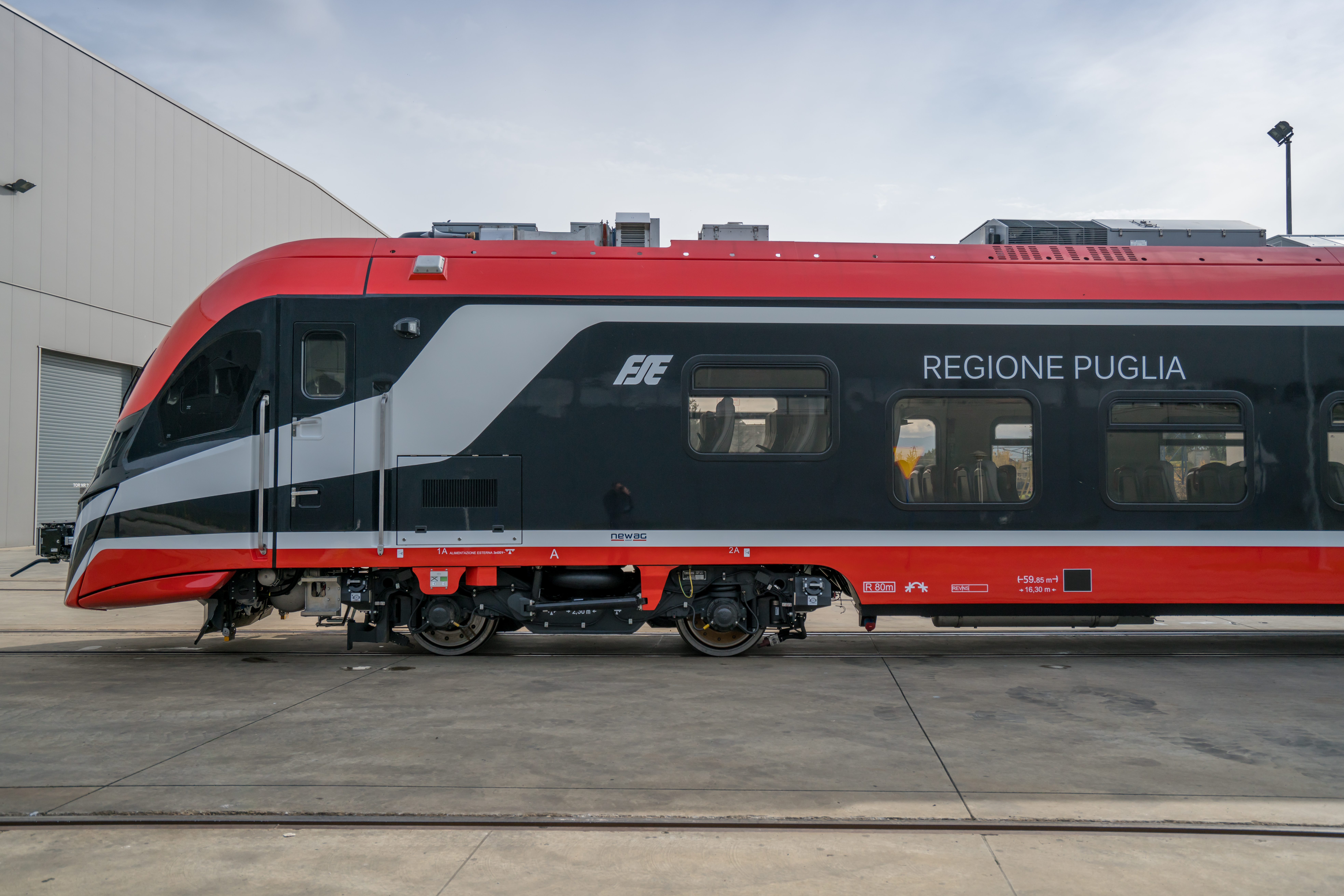